The G7 ThinQ is a 6.1-inch long, high-end smartphone, which scores highly in some areas - particularly with its great sound and bright display. This 2018 flagship also has intelligent camera features.

It's just been replaced by the G8S ThinQ but is that any better and worth the premium - and what kind of price can you expect to pay monthly? Let's find out... 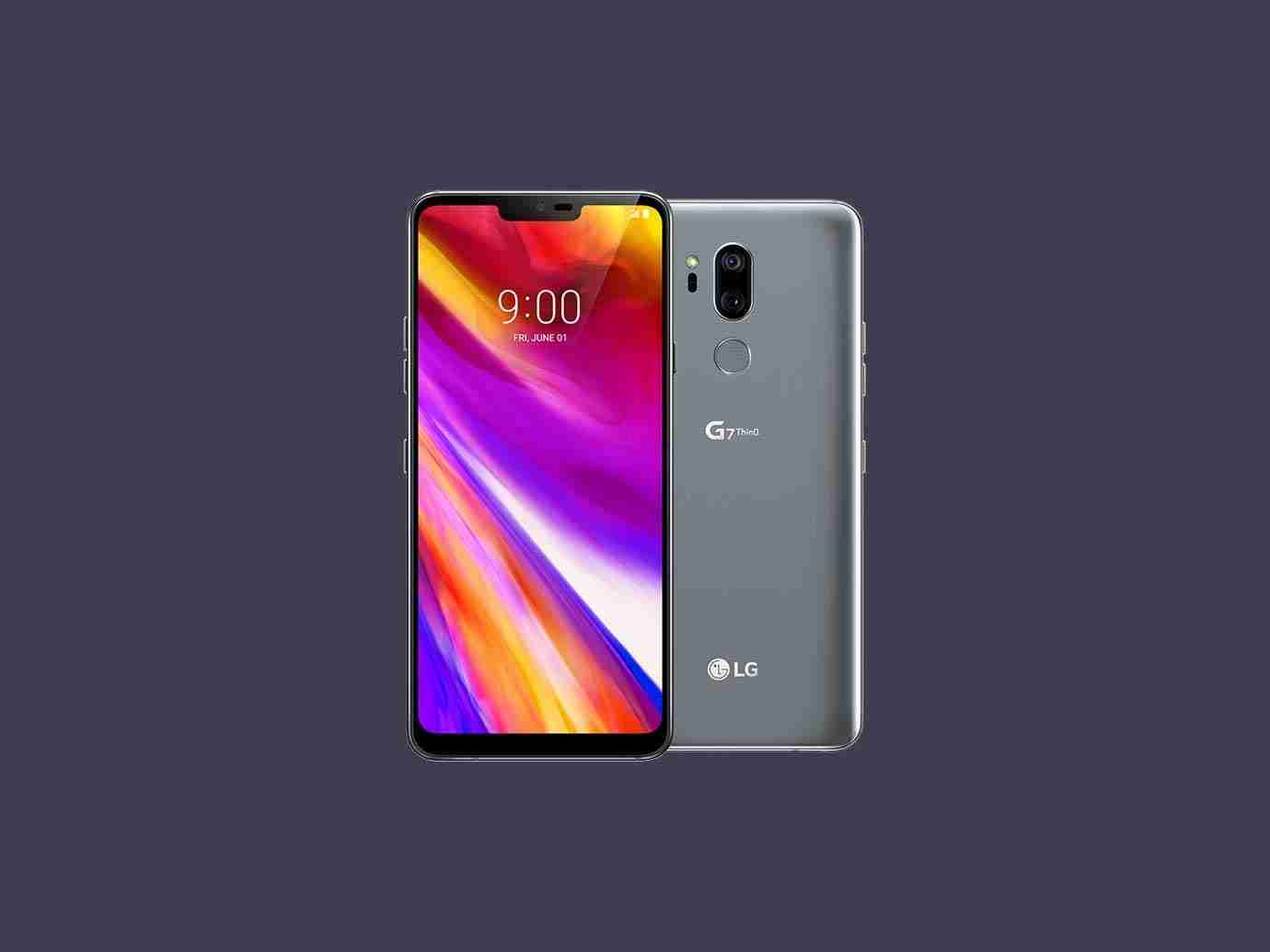 6.1-inch diagonal display are a stately thing when you see them - this is underlined by LG's decision to use 19.5: 9 - basically, a narrower format than usual. So the smartphone is better to use, despite that large screen - it really shines when in landscape mode.

The screen really comes into its own when you consider the specs: the brightness value of 1000 cd / m² for one. By comparison, the Samsung Galaxy S9 has 740 cd / m². The brighter a display, the better you can read it in the sun, but you also have to consider battery life.

Both screens have Quad HD resolution, again comapring with the Samsung, the edges are a little narrower. LG integrates the now trendy Notch - a notch for camera, sensors and so on - on the front.

The first thing you'll notice about the G7 ThinQ is how lightweight it is. Tipping the scales at just 162g, we were quite taken aback when we first got our mitts on it; it feels weightless in your pocket and doesn't drag your gym clothes back down to earth. However, it does mean the phone feels a little cheap. In terms of thickness, it's definitely not the thinnest phone around measuring 7.9 mm at its thickest point, but it doesn't necessarily feel all that thick, either, and works well for its size.

As for the phone's construction, LG has clad the G7 ThinQ in a lovely glossy Gorilla Glass 5 on both the front and back. While this does attract fingerprints like nobody's business, it does look the job, reflecting light in all the right places, well, apart from your eyeballs.

What about the battery?

If you were to think that such a bright display resolution would surely strain the battery, then perhaps think again.. This has only 3000 mAh on tap after all, however, the display settings are optimised to reduce power consumption. Our tester generally agreed with this, although some reviews do not. LG claim that an automatic app analyses the content and adjusts the screen settings accordingly.

The built-in power supply (non replaceable) supports wireless charging and naturally has a quick charge function. According to this review they found the non-replaceable battery to big only a slight negative.

As the name implies, the LG G7 ThinQ has clever features in the form of so-called artificial intelligence. LG's marketing department gave a lot of thought to this, and how best to 'sell' the phone to a wider audience. Among other things, this applies to the 16-megapixel dual camera: depending on the lighting situation, the camera settings are adjusted automatically. There are 19 different shooting modes and a portrait mode. It allows, among other bokeh shots.

Big plus: The model is one of the first devices to integrate Google Lens - read more about that here. In short this new fandangled software supports image recognition to an advanced level that gives super accurate information about objects and sights that you want. It's great!

The drive is powered by a Qualcomm processor with 4 GB of RAM, the Snapdragon 845. The internal memory is 64 GB. You can expand it with a microSD card by up to 400 GB.

Android 8.0 is pre-installed at the factory, there will be monthly security updates and you should be able to get Android 10 when it launches, even.

LG didn't stop there though - hardware is also something that evidently LG have given a lot of thought to, as witnessed by the boombox speakers.

The highlight for us however, like the LG V30, is a Quad DAC. This is a separate hi-fi audio chip designed to increase sound quality by up to 50%. However, you can fully enjoy this feature only with headphones that have a high impedance - sadly, none included in the box!

Foned Verdict on the G7 ThinQ

So, what to make of the LG G7 ThinQ? There’s no doubt it’s a big improvement over the LG G6, and that’s a good thing. While the LG G6 initially looked like it would be one of the best phones of 2017, it was swiftly overtaken by the rest of the market. The G7 ThinQ is still a great phone to buy, even though it has been replaced by the G8S ThinQ, but we love it.

How much does the G7 ThinQ cost in the UK? At £599, it’s more reasonably priced than either the Samsung Galaxy S9 or the Huawei P20 Pro.

In short, the ThinQ is a great phone at a very reasonable price. If you want more of a flagship featureset then the OnePlus 7 Pro can offer that - or if not then this is a very fine alternative.