2017 was a great year for Apple in terms of iPhones: firstly with the 8 and 8 Plus launching, the iPhone 7 was pretty much  fully updated, and the iPhone X came out (as can be seen from the different types of titling - the "X" stands for the 10th anniversary of the iPhone series).

And Apple continues to push boundaries: The iPhone X requires a big budget - but also rewards with outstanding technology. 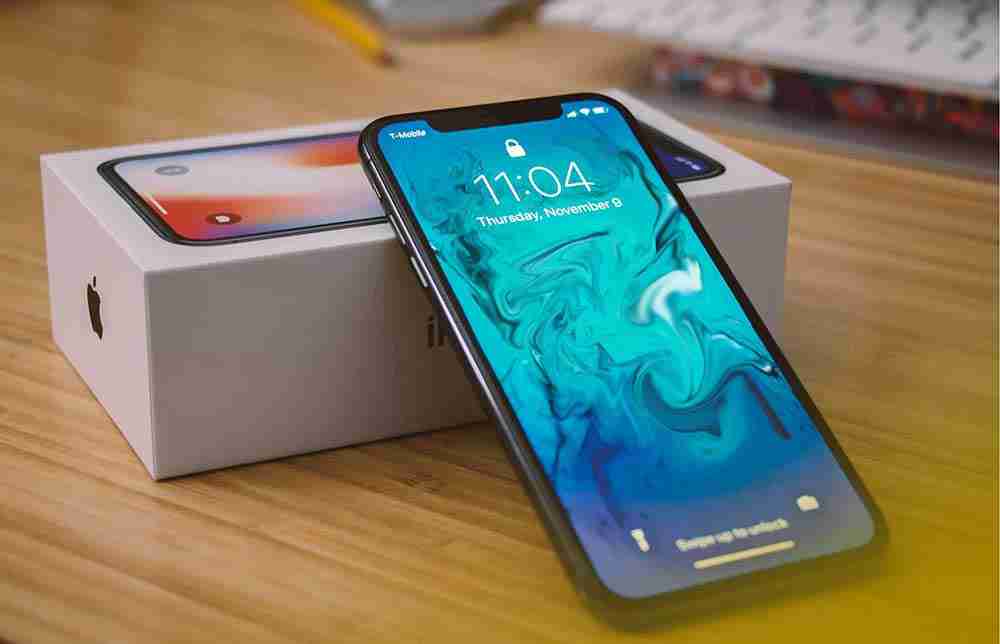 Unfortunately, the Apple iPhone X is not available in all capacity/variants: there are only two different storage capacities (64 and 256 GB) and two colour versions (Space Grey and Silver) as of writing. Indeed, Apple has stopped making the iPhone X in recent months, but you can still buy it. The question is, should you, or should you go for the model that replaced it? Let's find out...

Its feel and ease of use, for sure. The Apple iPhone X was, for the first time since the iPhone 6 (which appeared in September 2014), a fundamentally new design: Now it feels like the competition of Samsung is having an effect on the Cupertino company and they're copying it from the Galaxy S10 - an XXL display that occupies almost the entire front of the smartphone.

The iPhone X also has casing made of the robust Gorilla Glass 5, and is held together by a narrow metal (reinforced aluminium) frame in glossy finish.

The phone weighs a mere 174g and is just 7.7 millimeters thin - it is just fantastic in the hand. The workmanship is top class - the iPhone X is a real flatterer that you always want to pick up. The operation is, as always with Apple, very simple and easy to use. 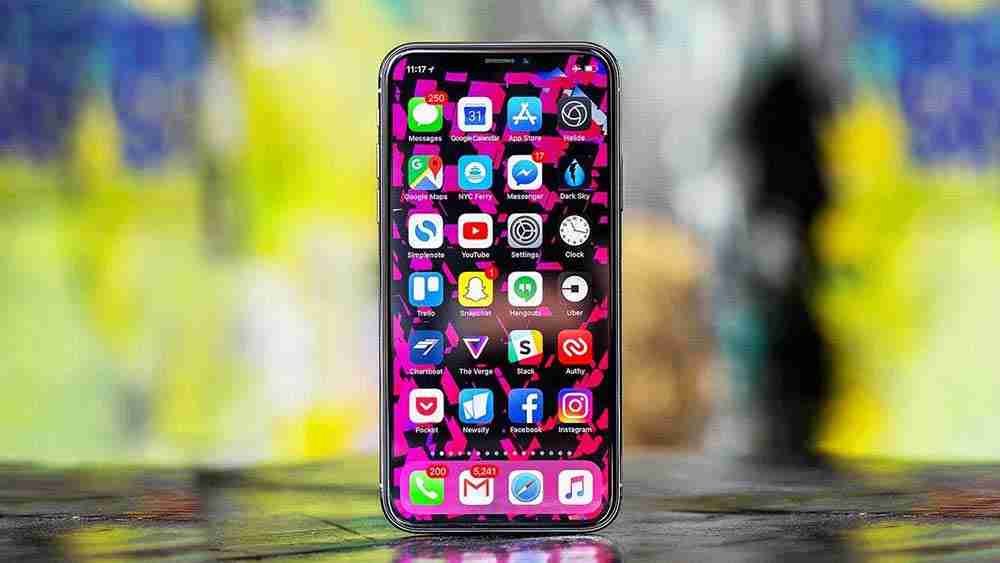 However, the usual home button has been removed, so that the operating concept feels a bit different - after a short settling time you have become accustomed to the novel operation but guaranteed.

iPhone X has a fantastic display

It is impossible to talk about the iPhone X, and not to rave about the display: Here we are at least dealing with the largest display that has been installed in an iPhone so far. Whole 5.8 inches is the screen size large. The resolution is 2,436 x 1,125 pixels.

So far, Apple has always put on IPS displays, the iPhone X is now the first time an OLED display has been used. As a result,  rich contrasts are even richer and the black levels improved - but still everything is still very realistic.

The True Tone technology uses a sensor to adjust the image to the colour temperature of the environment, resulting in a more realistic result. Only at oblique angles, the colour scale shifts towards blue, as this reviewer found (with photos).

Also integrated is a strong dual camera. The main camera on the back of the iPhone X has two lenses arranged vertically; the resolution here is 12 megapixels. The quality of the captured pictures and videos is excellent, new features like the portrait mode convince all along the line. Of course, a front camera with 7 megapixels is installed for selies and this doesn't disappoint.

Superfast and ready for anything

The fast processor and generous memory are both great. 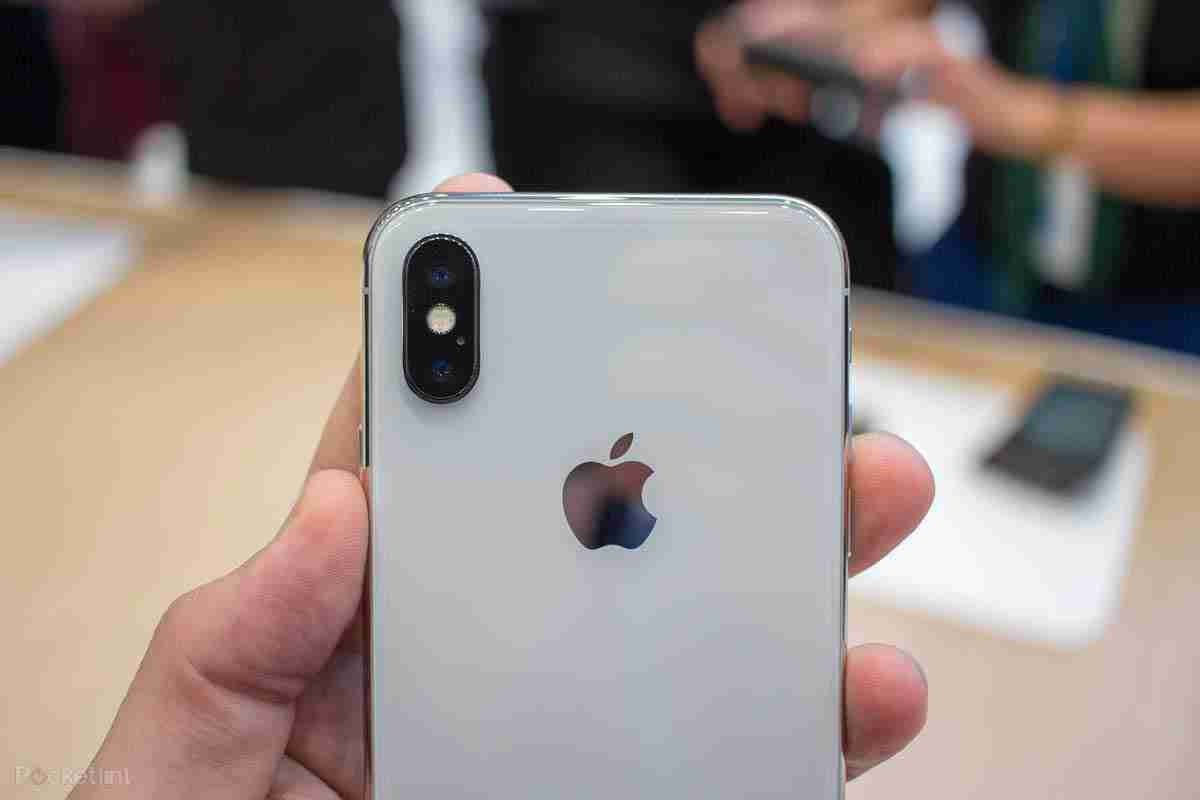 Unfortunately, the iPhone X has been known to weaken lightly during the recharging process and can be brought to its knees in less than 10 hours, which has since been improved upon by the iPhone XR model that launched later.

Wireless charging is supported, as well as fast charging technology - but this requires additional investment in wires and adapters, somewhat disappointingly. Speaking of wires: Who still has a headphone with cable, this can no longer connect directly to the iPhone X? If you have, you're out of luck as this works only with a (fortunately enclosed) adapter. I am sure most people use Airpods 2 nowadays.

Although Apple discontinued the production, you can still buy the iPhone X if you don't want to spend the extra on the iPhone XS.

The iPhone X moves things on in terms of design, at last, drawing level with Samsung in terms of pure aesthetics, introducing what is a genuinely innovative and effective means of accurately recognising faces and unlocking the phone.

Overall it's a great phone but is seriosuly overpriced, indeed the iPhone X represents the very first time Apple has hit the £1,000 mark for a base-model iPhone. The question is, who’s going to spend this much money on a phone? Only the most technically-minded nerds.

Price for iPhone X in the UK?

The good news is that iPhone X price has dropped significantly. You can now buy iPhone X for £22 a month from Vodafone, or about  £499 (if you can still find it) as a handset-only.

iPhone X: Is it worth buying still?

Although its not the very latest model, why would you pay more than necessary? The iPhone 11 which is newer is also much more pricey. And all of the tech in the iPhone X is damn good, anyway. You know with Apple you're going to get a decent phone but with a discounted price if you opt for the iPhone X.

What colours can I get my iPhone X in?

All the colours in the Uk are available on pay monthly, so: Silver and Space Grey are the current options here.

How much is iPhone X on pay monthly now?

The cheapest tariff is currently £17 a month, and this is with a very small upfront fee of £30! The zero upfront cost deals are arriving all the time so keep checking here on Foned for the best offers.

The cheapest monthly cost for the iPhone X currently is £10.50 a month. Although this varies depending on how much upfront you want to pay – if you are looking to spend about £100 upfront then there are a number of deals on the Apple iPhone X available right now via pay monthly.

Is SIM Only better for iPhone X?

Generally speaking, SIM Only is cheaper but you don't have the benefit of paying monthly for your handset like the Apple iPhone X, so it only really makes financial sense if you are in the fortunate position to be able to buy the handset outright first. Yes, it works out cheaper overall if you can do that, at least nearly always – but it is really a personal preference. Find out more about SIM Only Deals here

Foned completely gets it, it's not easy trying to understand the differences of each mobile network operator. Is o2 any better than Vodafone for this smartphone, when it comes to coverage? Or worse? It's a real minefield. Another example, which is better? A Apple iPhone X ee contract or a Apple iPhone X Tesco Mobile contract?

Before you decide to buy a contract or handset, it's important to know if you'll get a signal. Who wants to be walking around into mobile network's blackholes?! After all, ordering your brand new Apple iPhone X contract only to find you can't use your data (never mind going over the allowance!) in your own house will be pretty not cool.

So what are you waiting for – search for your desired Apple iPhone X handset colour, and perfect contract using our filters.

A relatively simple SIM Only comparison calculation is to add up how much a Apple iPhone X SIM Free phone would cost to buy i.e. this is where you buy the phone without a contract and pay for the full cost of the handset upfront.

The benefit here is flexibility: you're able to then compare the SIM Only contract market where Mobile networks often give you far better usage allowances and shorter contract terms. Once you've found a SIM Only contract that meets your needs, note the monthly cost over the course of 24 months and add this to your SIM Free Apple iPhone X handset cost. You're now in a great position to compare this cost to a regular Apple iPhone X Contract.

Pro Tip: A great way to save a few extra pounds when comparing SIM Only contracts, is to consider purchasing a pre owned Apple iPhone X phone from the likes of musicMagpie, SellCompare or GiffGaff Recycle, who provide warranties and flexible handset payment terms.

If you take out a contract on this device then Apple will helpfully provide you with a charger, headphones, the device itself, and a few other things beside. See our full list of items below: