The new 2019 iPad Air - called the "3rd generation" - offers a lot of power and all the up-to-date features you would expect from an Apple branded tablet in this price range. Also - the display size has been increased a little over the previous model.

Apple has brought the iPad Air (2019) closer to the iPad Pro  12.9 (2019) both in terms of features and performance. The two main cores of the A12 Bionic clock at 2.49 GHz and are supported by 4 smaller cores, which are clocked at 1.6 GHz and energy-saving approved. 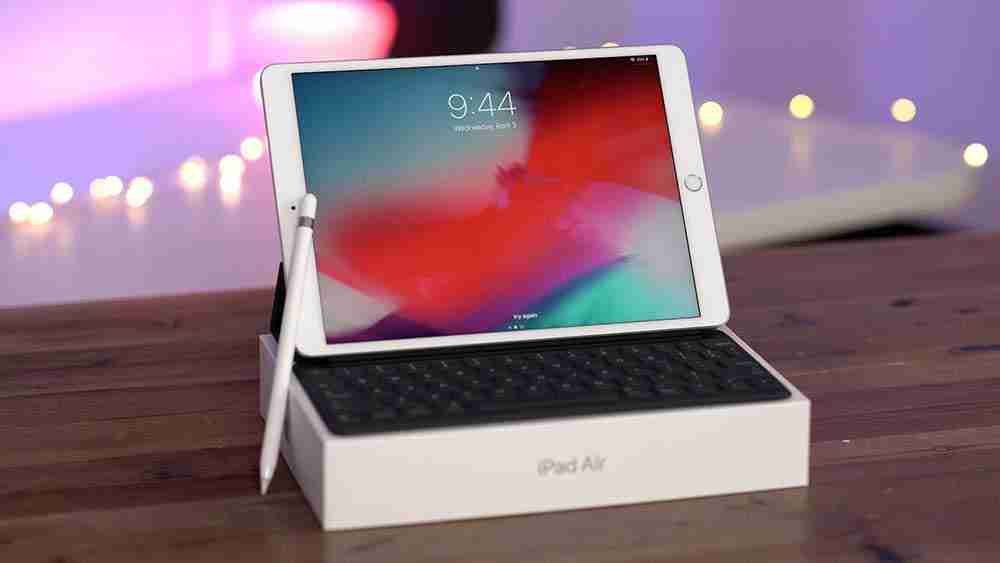 This model also includes the M12 co-processor, which is primarily responsible for the processing of sensor data (acceleration, gyroscope, compass). The deeply, immersive Retina display has grown to 10.5 inches. It has a 4: 3 aspect ratio and boasts 1668 × 2224 pixels (265 ppi).

Features include Wi-Fi(ac) with up to 866 Mbps, the latest Bluetooth tech and GPS. The WiFi + Cellular model variants communicate via LTE (4G).

The front and main cameras are equipped with 8 MP or 7 MP sensors that deliver Full HD videos with HDR. Both versions are available with 64 and 256 GB of storage space. Apple continues to rely on the home button with integrated fingerprint scanner here, although they removed it in the Pro so perhaps they'll remove it from the Air in due course.

Back in October of last year, Apple didn't just bring the rounded iPhone XR display design to the iPad Pro 11. They brought back a lot of the squared-off iPhone 4 and iPhone 5 design language as well to make something retro modern and all shades of badass.

With bezels that were shoved so far back the Home button popped off and an overall look that made all the older iPads instantly look… older. So, to have new iPads come out with that old design language can seem a bit... strange.

Bezels are the same. I'm totally in the, "delete them all and let Jony Ive figure it out" camp, but I know some people who also just love a little something extra to hold onto. With ebooks, it's not so big a deal but with comic books, I reluctantly admit it's nice not to have your giant, 'It's clobbering time mitt' obscure the art.

Should I get one?

The iPad Air is perfect for people who need:

The physical ports include a 3.5mm headphone jack, Lightning connector, and a Smart Connector, which is designed for accessories such as keyboard casings. The weight is 456g (LTE version 464g). The battery is permanently installed as usual and should allow a running time of up to 10 hours.

Features include Wi-Fi(ac) with up to 866 Mbps, the latest Bluetooth tech and GPS. The WiFi + Cellular model variant that we compare here, has LTE (4G support.

Please note that we generally only compare prices on the Cellular models.

In the UK the price is £599 for the Wi-Fi + Cellular 64GB  model but you can get it on contract for about £18 a month from Sky Mobile, or other networks, with £0 upfront.